So You Want To Know The Germans 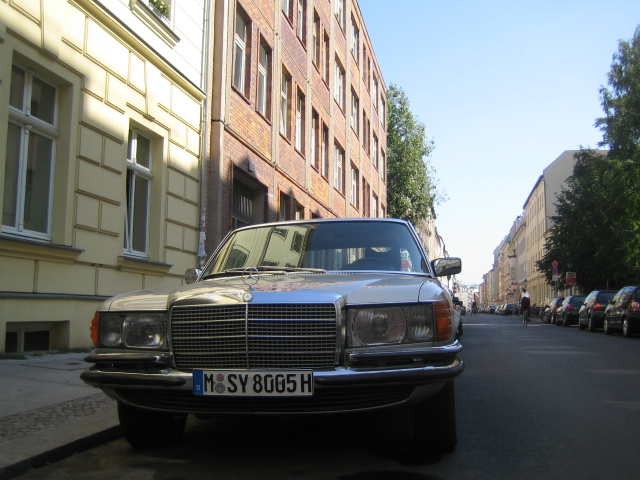 Then let’s start with standard definition.

A German is industrious, technical, and stolid. Under this straight-laced studiousness one might find hints of an imposing, aggressive, character. Now all of that kind of talk is nothing

more than a stereotype, but it is a stereotype often found in the minds of American students ( I don’t know if using footnotes is really appropriate in this kind of context, but the least I can say is that if you don’t believe me, look up “Beer, Fast Cars, And… Stereotypes Held By U.S. College-Level Students of German” by Renate A. Schulz and Birgit M. Haerle). Now Schulz and Haerle’s paper attests to World War Two as the main impetus for this perception of Germans, but I’m sure that this Mercedes-Benz S-Klasse didn’t exactly hurt the reputation. 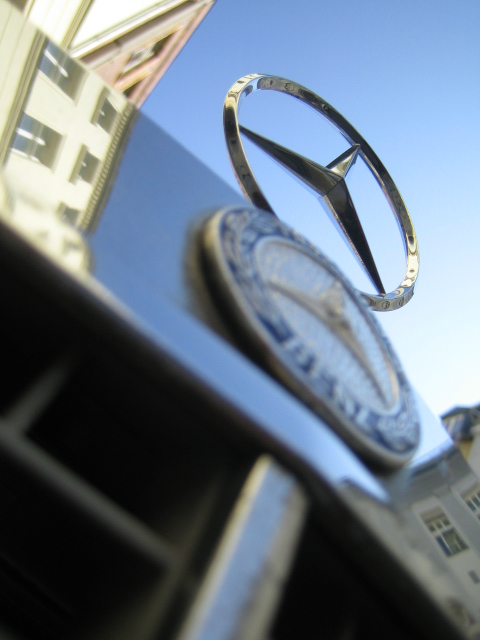 One could scribe many long pages to the character of this Sonderklasse, of its apparent eagerness to surge forth along the grey ribbons of German Autobahn like a platelet in the motor-nation of Germany’s circulatory system, but since I’ve already given due space to the manner with which the S-Klasse carries the torch of Germany’s long-standing tradition of Autobahnkuriere, I will focus instead on this colossal four-door’s life as an export to America.

As to where I should begin on a discourse on the American car market, I do not know. Perhaps I should reach back into history into the early 1920s when General Motors consolidated its multi-brand empire under Alfred P. Sloan in the goal of making “a car for every purse and purpose” and how this culture eroded itself and this big Mercedes played into the wear and tear. However, having devoted many hours of my life to reading up on the history of the automobile, I’ve heard that story a thousand times.

So why not something a little different? That was a question that Max Hoffman thought plenty of Americans would ask when they went out to buy a car in the post-war boom of the 1950s. GIs hadn’t just seen the inside of a foxhole while away in Europe, but the cars, too. They were small, they were different, and with cash in hand, Americans went back to

the showroom to pick them up, now that said Hoffman character had taken a risk and decided to import a fair stable of German automobiles to the States. The old KdF Wagen had its own D-Day as the VW Bug and the little car, along with a few other German marques, took off.

One of those car companies was Mercedes-Benz, a company that didn’t have the mass production on the scale of Volkswagen, but still sent over representatives of its Continental wares with their wheezy engines and ceaselessly conservative styling. Thanks to high tariffs, exchange rates, and the dealer markups required to keep the accounting sheets black on these

low-volume vehicles, Mercedes-Benz was a seller of high-priced automobiles in America. Not necessarily peerless reliable automobiles, nor peerless stylish automobiles, but if you had cash and you wanted your neighbors to know that though you’re rich and successful, you’re still an alternatively minded character, a silver three-pointed star pulling into the driveway would tell them a lot better than anything on the options list of Lincoln or Cadillac.

So cars like this massive Mercedes lived up to their name of Sonderklasse, simply because that’s what they were: different. They were big, they were expensive, and they were German, after that, the American mind had to fill in the blanks. That this car is dolled up like a taxicab on its inside didn’t bother the man striding into the Mercedes showroom one bit. Only after the fact did the buyer really start looking through his car, trying to dissect its character so that they had a rationale for its purpose other than price. While in Germany the smoothed slab sides of this Benz may have symbolized the aerodynamic refinement required for high-speed travel, in America, the smoothed edges only hinted that this car was a wet sponge. Whatever the American people wrung out of it, that’s all it was to them. This S-class narrated its own history, whatever qualities it had became known as German qualities. It’s drab, a bit vulgar, a bit clinical, but as far as Americans knew, it was as German as they come. With anti-German feelings of the war years fading, the German identity manifested itself on American shares principally in automobiles. Perhaps it’s no surprise that German stereotypes in America hold so closely with this car, or with German cars in general. Ideas of who the Germans are weren’t just worked into this car, they were worked out of it. The German cars that never really made it onto American shores and into American minds are hard to make sense of. They don’t fit in with this Benz’s precedent and they don’t seem German. However, that sense of what is German is only a stereotype. Just as the German people are indeed quite varied, so too are German cars, and a look at a few oddballs of the German motor industry may show off the fringes of German society as well. Just don’t think it’s odd that this American is looking to cars to exemplify the German character.

This entry was posted in Berlin, Editorials, History. Bookmark the permalink.

1 Response to So You Want To Know The Germans