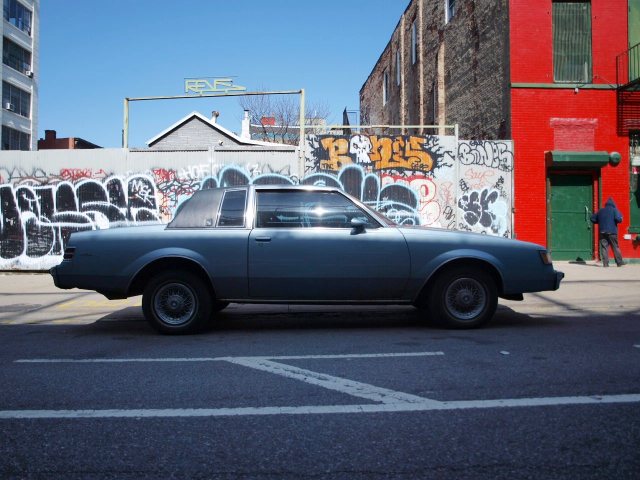 Here is another car that has been both diminished and magnified by the passage of time, a run-of-the-mill ’85 Regal. 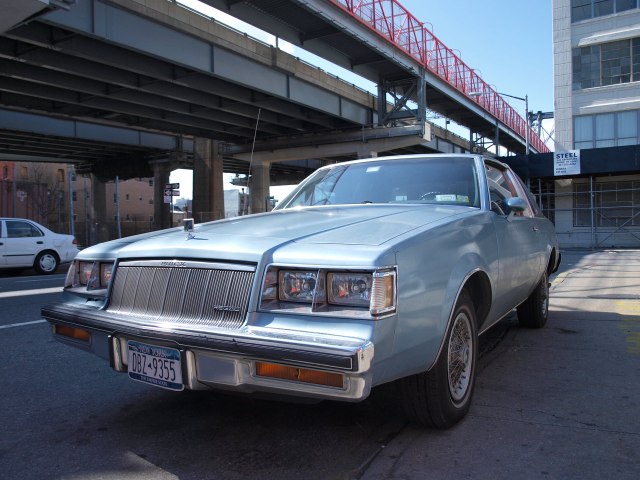 It wasn’t really a spectacular car in its day, one of the four concurrent G-body two-doors made by GM. They all shared the same abrupt roof and sharp styling.

For all of their plainness, well-preserved Oldsmobiles, Chevys, Pontiacs and Buicks like this car here grow ever rarer on the streets and in the public imagination. For all of their futuristic details and modern creases, these cars have picked up a sense of being remarkably old-school. More and more they become kin to the American land barges of the 1960s and ’70s. Indeed, the distance between this ’85 Regal and those most iconic tri-five Chevys of ’55-’57 shrink with every passing year.

Appearing to give no thought whatsoever to the supposed modernity or outdatedness that others might see in his car, the owner happily mentioned the new bushings he’d put into 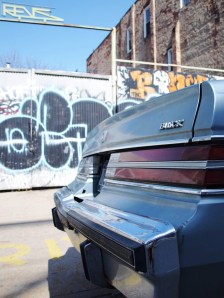 the car and spoke of it as he might of a car of any vintage. Its age seemed to play no part in how he used his Buick; he had no answer to my questions on how different a body-on-frame car rides compared with today’s cars, not did he have much to say about the outmoded styling.

He was much more keen on pointing out the graffiti that adorned the sides of his building and with great pride showed off a full two-story graphic of some crazed, bloodshot female portrait. He was by no means a young man, but he had a beaming vitality and genuinely enjoyed the vivid scrawl that covered the empty lot where his garage used to stand. Indeed, soon the car also stopped taking center stage and the bright, gorgeous scene itself took over. 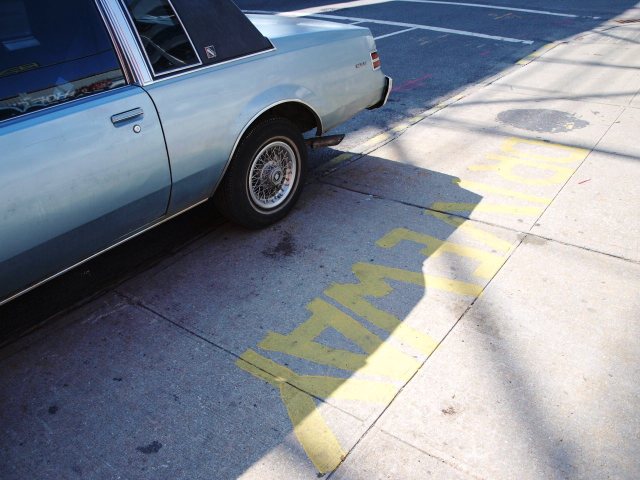