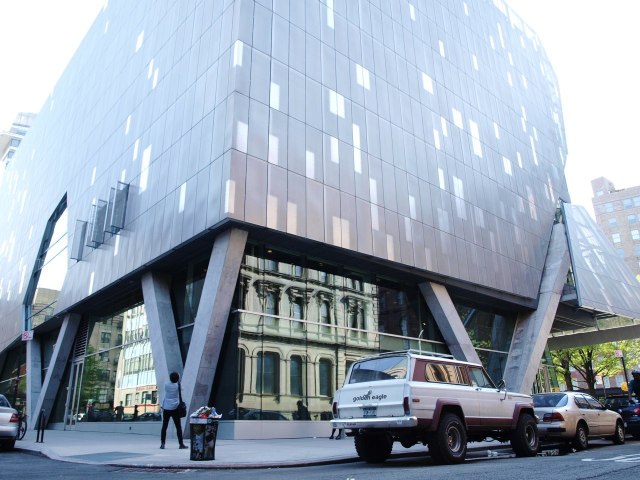 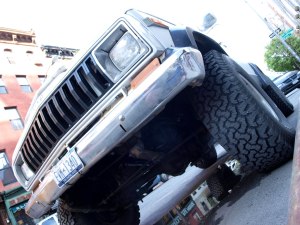 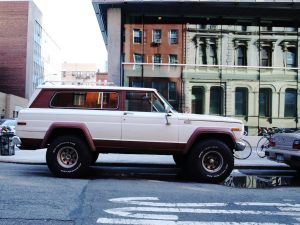 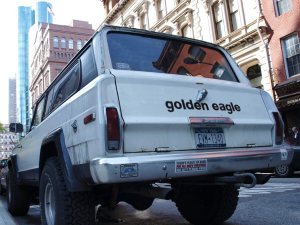 Another moment of carchitecture, where the juxtaposition of an automobile with its surrounding buildings makes all of the designs look like they’re cut of the same cloth.There must be something about the buildings, as they had me waxing carchitectural when I found an early ’80s Cadillac just across the street. There must also be something about early 1980s car design that gives vehicles of

that period some kinship to buildings. The Cadillac had some deep connections of modernity and ornate traditionalism to the new Cooper Union building and the St. George Ukrainian Church that the Jeep doesn’t really exhibit, but it’s still a treat to see this truck match its straight lines and windows with these buildings.