It often seems to me that the more boring a car is, the better it serves as a gauge of the trends of its time in terms of automotive perception, use, and design. By the same token, the more unusual and outstanding a car was when new, the less it represents the automotive world it inhabited and the less useful it is as a historical object.

This theory goes against the established doctrine of automotive history. We learn about cars through milestones and groundbreaking cars. The history of American cars from World War II on is usually told with familiar highlights on the Jeep, the GTO, the Corvair, the Mustang, the Pinto, the Minivan, and the Explorer. This is by no means a conclusive list, and feel free to debate, but the cars that are remembered as “historical” are all cars that were exceptional in their time and dictated the way things were to come. Little remembered are the cars that filled dealership lots in their days, appealing to the conservative customer with moderated translations of those standout cars.

An alternative history focuses on plain-faced Impalas and Fairlanes, Cutlasses and Camrys. They rarely broke new ground in their market, but they sold well by appealing to the majority. There is truth in the belief that one can learn most about a rule from its exceptions, and that laws are best studied where they are tested, there is much to be learned from the commonly driven, but uncommonly discussed average family car. 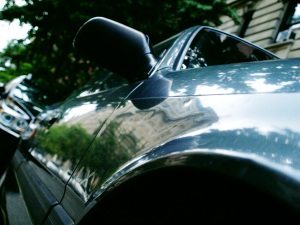 One such car is this 1989 Mazda 626 LX. The collective remembering of the late ’80s, early ’90s 626 focuses on its optional electronic four-wheel steering and available turbocharged engine. This LX does not have those features. It was a dull car in its time, in danger of being ignored out of the competitive family-sedan market. It had great reliability to its name, though little else, and its evolution was towards a more exciting, sporting image. In 1989, though, it was just another grey car, and while that might have done damage to Mazda’s public image, it does wonders for the historical eye of 2011.

We are treated to a host of then-unimaginably ordinary features, completely free from any curious flourishes of the parent company. We are looking at something like a distilled vision of 1989 family car. So what was such a car like, and what can we learn from it?

The standout feature of this 626 is its fifth door. The long, sloping hatchback certainly did not add any thrill to the car when new, but it does speak to the concentration on aerodynamic efficiency prevalent in the car market of the time. Contemporary reviews all mention the coefficient of drag for this car, a fairly abstract statistic on its own, as it

does little to ultimately increase fuel efficiency, and can hardly be perceived in tangible effects during driving. Cd values, however, were a means of quantifying aerodynamic efficiency, something that was a calling card for cutting edge automotive design in the late 1980s and early 1990s.

Aerodynamics implied rational, scientific progress towards reasonable, responsible consumption, and that seems to fit in with Reagan and Bush-era America as well as contrast to the more wild, free-form styling and advertisement of cars in the 1970s. The same analysis describes the 626’s unadorned, featureless body panels. Any wind-resisting protrusions have been shaved from the Mazda’s smooth sides, 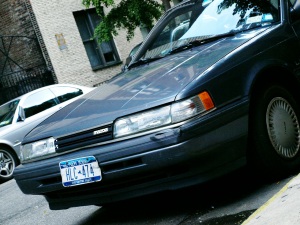 keeping the car itself from sticking out from the sensible, ordinary path of mainstream sales. This 626 also serves up full-width taillights and narrow, sharp headlights, two styling motifs of the time. I have no idea what they might imply about America or its car buying public, but they are timepieces nonetheless.

The engine is a timepiece as well. The 2012 Mazda 6 offers 170 horsepower for its base engine, sixty horsepower up from its 1989 counterpart. That kind of power would be seen in a subcompact car, not a family sedan, and moreover, new technology requires an engine nearly two-thirds the size to produce such output today it did twenty two years ago.

Note, too, the shape of the steering wheel, drawn without the constraints of an airbag. I have no idea, however, what the on/off knob behind the automatic shift lever is. No other 626 I’ve seen has this knob. What is it for? Perhaps the owner has added a Mercedes-Benz SSK-style supercharger. Keep it on the boost for too long and the engine will explode, so use that knob to good effect! Alternatively, it could be a stand-in for a malfunctioning light/wiper/AC knob. I prefer the supercharger theory. An ordinary car, then, but one with a small, secret deviation. 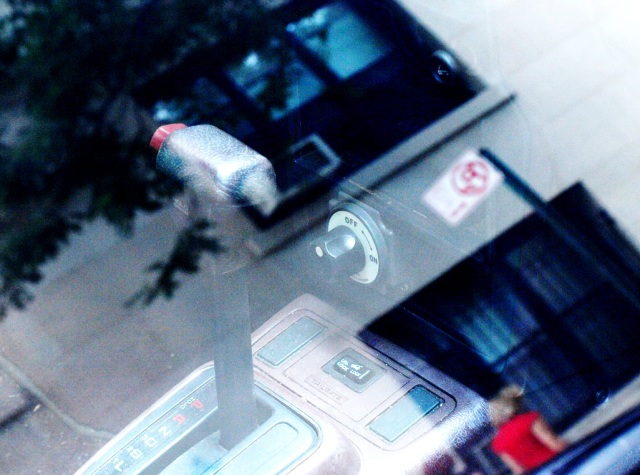 More research would be required into the 626’s sales figures to fully understand what it has to teach us about cars of the late 1980s. The popularity of different options, such as four-wheel steering and the optional 140 horsepower turbomotor, as well as the 626’s relation to the rest of the family car market, such as the Ford Taurus, the Toyota Camry, and the Honda Accord would give a clearer picture of cars of this time. Until then, I am happy to see such a car parked on the street: an oft-overlooked historical artifact, not to mention somebody’s car. 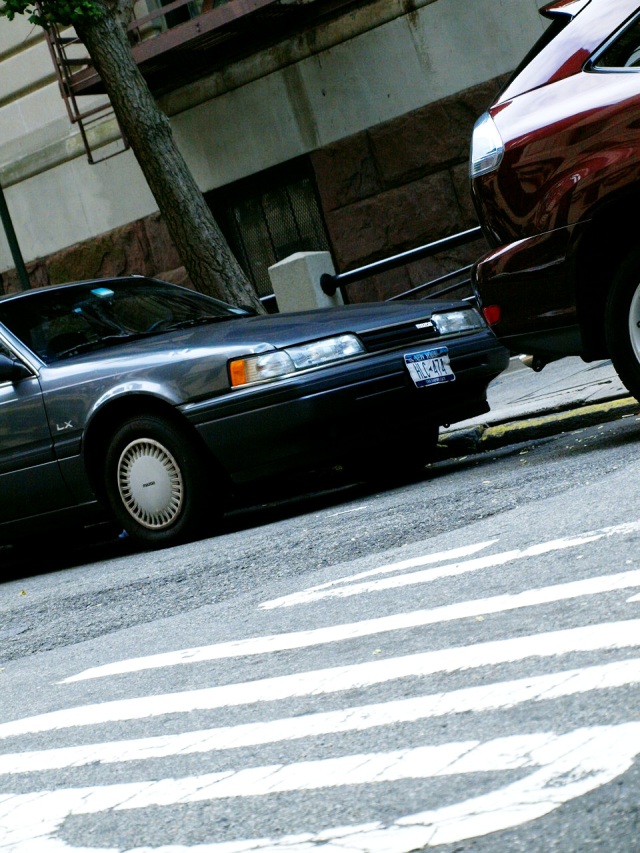 This entry was posted in Fascination of the Boring, NYC, Pictures. Bookmark the permalink.