As a machine, there’s not much going for this 1964 Ford Thunderbird, seen on a thick, hazy September afternoon in Inwood. It’s a ponderous old barge, with a wheezing 6.4 liter V8 pulling along what looks like seventeen feet of pink paint and chrome.

Utility, practicality, reliability, usability, functionality – none of these qualities are very important to this car. People stare when it comes into view, and it puts a smile on their faces. People don’t think ill of its forty-six hundred pound weight, or its single-digit gas mileage. This Thunderbird just catches people in its low, wide chrome, and its gross consumption gleams admirable in those fun-house reflections.

For 1964, Ford returned the Thunderbird to the glitzy, overdrawn success of its 1958-1960 predecessor, after having confused the market somewhat with a restrained, supersonic body for 1961-1963. 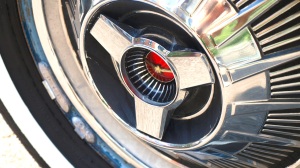 carrying out its original design brief extremely well some forty-seven years after it rolled off the assembly line; it looks different from everything else on the road. You might see it as a sweet memory of bygone years, you might see it as bloated and wasteful. Either way, it loudly advertises its smirking, endless hull, promising fantasies

of gliding cross country on the open road and cruising main street on Friday night. Well, the highways are jammed and main street is getting boarded up, but this Thunderbird still looks like a million bucks. What a gorgeous, proud bullshitter. 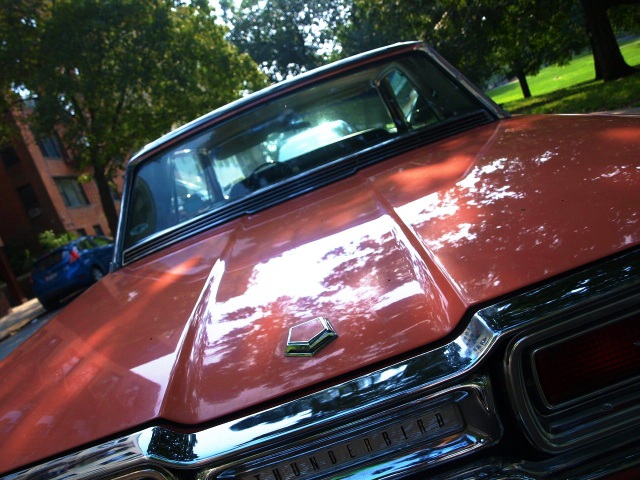