Don’t know if this should be filed in “Fascination of the Boring” or “Dream Cars”; it’s about as ordinary or plain as a 1970 car can get, short of the econo-king itself, the VW Bug, but this Swinger is also a car with its own beauty, charisma and style. 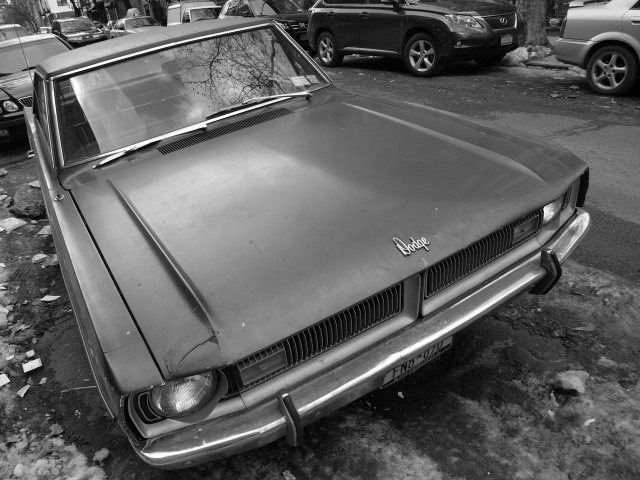 Really not that much has changed – cars still follow design trends and though those trends do shift over time, in one such period, most cars look pretty much

like one another. Take a look at an old Cressida and a similar-vintage Maxima and you’ll see that while the cars might have interesting little badges or grills, they share a common design language. This 1970 Dart was pretty plain in its day and increasing rarity and its distance from today’s automotive look are responsible for making it eye catching.

That is, eye catching to me, at least. I can’t say that a lot of people stopped to gawk at this old Dodge on 4th Street.

So this 1970 Dodge Swinger is an old car, but it was built to be sturdy and reliable and I’d believe it if the owner told me that this car is easy to live with and maintain. It’s got some style, but really only with the gearhead crowd, because it doesn’t have the firebreathing engine or good looks that old cars need to get attention from the rest of the world. If I were to go to my own down-to-earth board and think about what it would really be like to live with this Dodge, it might make a lot of sense for a car of this vintage. 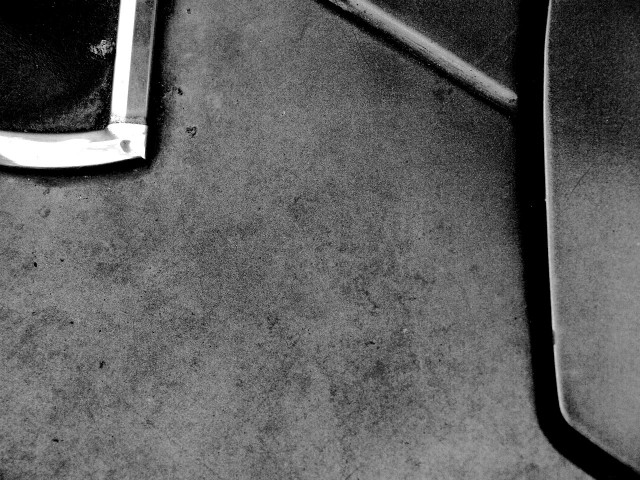 Part of me loves this car so absolutely for its charm in the face of designed-in dullness. Another part of me can’t help but be utterly disinterested in the thing. if I’m going to go through the hassle of old-car ownership, I’d want something to justify the periodic breakdowns, the weak heaters, or the horrible safety. I’d want to have a crackle on the overrun or a immediacy in the steering to think of while riding the bus to work while it’s in the shop. But those are just my dreams, and I don’t know if I’d really be willing to pay extra for them, or if I’d just settle for a slow-driving, plain faced slant-six Dodge Dart like this one. Sometimes just having a pillarless hardtop is enough.

Finally, let me just say that “Swinger” is pretty much the best name for a car. Other car names might imply that they will help you get into wild sexual encounters, but this Dodge downright declares that it is ready to have its keys picked up by not your wife. In the end, it’s just a car and the name is just marketing, but man, what a great name it is. 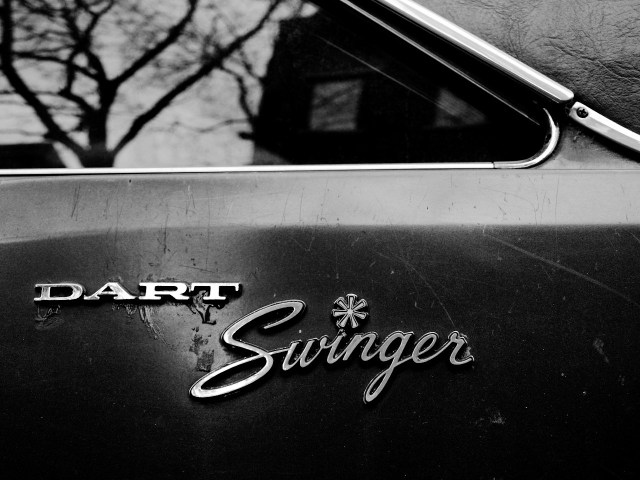